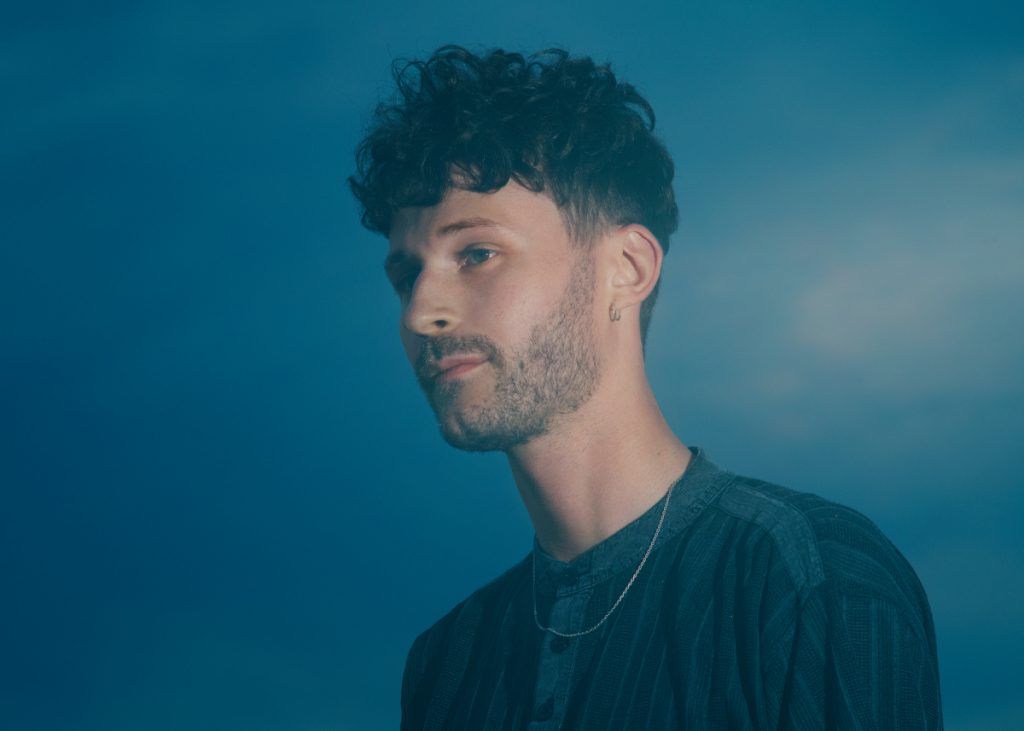 ANT ANTIC is the singer, multi-instrumentalist and producer Tobias Koett. Somewhere between pop and club, his signature sound is reduced and uncompromising, putting essential elements and ideas into focus by getting rid of everything else. It wraps melancholy mood in urgent songs full of hope and cruises among electronic pop and contemporary R&B sounds – carried by a distinctive voice that will stay with you forever.

Growing up in small-town Austria, Tobias got into music stealing Beatles records from his older brother, trying to learn and sing their songs. Having had the possibility to learn several instruments, it was also through his brother that he got into producing music on his first computer when he was 14. With British trip-hop artists as a gateway to electronic music, he started releasing songs on MySpace and got his first radio airplay at the age of 16.

During several depressing years trying to fit in at a mechanical engineering school, he found joy in playing music in an indie rock band and organizing festivals for film and music. The self-doubt induced by a constant feeling of not fitting in laid down the foundation of his songwriting in these years. Having finished school, Tobias moved to Vienna, where he got to work on a project with drummer and producer Marco Kleebauer. Pushing each other to become better producers and songwriters led to a deep friendship – and the foundation of ANT ANTIC in 2015.

After the release of the debut album “Wealth” and two years of touring and recording, Tobias decided to move to Berlin to pursue opportunities and work as a music producer. While Marco is no longer playing live with ANT ANTIC, he’s still working on songs with Tobias in the studio, and the two remain good friends despite the distance.

On the upcoming second album “Good Vids, Vile Times”, ANT ANTIC explores the never-ending flood of information raining down on us day after day. What does constant bombardment of information do to us? What’s lost along the way? In a brutally honest and relatable way, he ponders the answers to these questions. As a child of the first globally connected generation, Tobias observes how geographical boundaries are disintegrating and people consider humanity as one, while at the same time they’re struggling to come to terms with a reality overflowing with possibilities – slowly turning into superficial nihilists.

david [at] matchesmusic dot at

MANAGEMENT
jakob [at] matchesmusic dot at

This website uses cookies to improve your experience while you navigate through the website. Out of these, the cookies that are categorized as necessary are stored on your browser as they are essential for the working of basic functionalities of the website. We also use third-party cookies that help us analyze and understand how you use this website. These cookies will be stored in your browser only with your consent. You also have the option to opt-out of these cookies. But opting out of some of these cookies may affect your browsing experience.
Necessary immer aktiv
Necessary cookies are absolutely essential for the website to function properly. This category only includes cookies that ensures basic functionalities and security features of the website. These cookies do not store any personal information.
Non-necessary
Any cookies that may not be particularly necessary for the website to function and is used specifically to collect user personal data via analytics, ads, other embedded contents are termed as non-necessary cookies. It is mandatory to procure user consent prior to running these cookies on your website.
SPEICHERN & AKZEPTIEREN